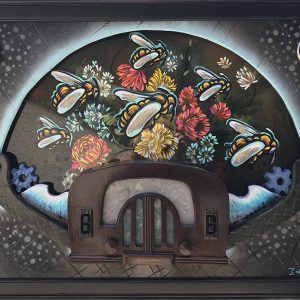 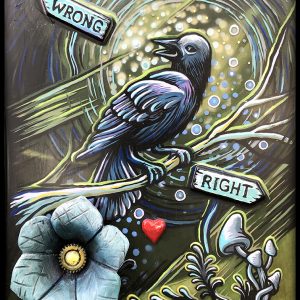 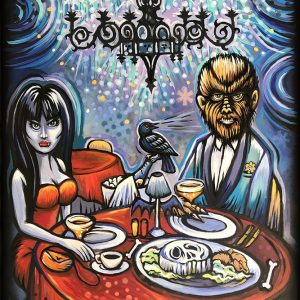 H.C. WARNER / About The Artist

From the time he was young whipper snapper, H. C. Warner banished youthful ennui by transforming it into a tilt-a-whirl, Wonka-esque cabinet of artistic wonders. Taking the meat of his inspiration from his coming of age in the 1970s and 80s, he continues to translate that inspiration into the characters and worlds that eventually become the hallmarks of his art and vision.

Warner graduated from the University of Georgia in 1991 with a BFA in Graphic Design. The vision is based upon the “Innocence” of youth producing imagery that connects with children as well as adults. Child-like nostalgia and memories reflecting the humorous and sometimes disturbing nature of life play an important role in his creative process. The use of the frequently rendered bee is a metaphor of “fear and love.” He feels these two emotions are the most commonly felt symptoms of human life and appears as a signature touch in many of his paintings.

H. C. has worked extensively over the years in the mediums of painting, print design, screen printing, murals, commercial exterior, interior conceptualization and design, sculpture and film. In addition to his formal training in art, he has gained significant knowledge and experience from the relationships he has developed with working artists. From 1998 to 2000 he earned his start curating a monthly series of solo artist exhibitions entitled “ArtChanges” highlighting diversity and local talent in Atlanta. During the past 20 years, his work has been seen displayed throughout Atlanta’s restaurants, shops, nightclubs and design houses throughout Atlanta. From 2003 to 2011 he owned and operated Alcove Gallery, producing monthly shows, designing and building installations in the heart of one of Atlanta’s most art-centric boroughs. Aside from his painting/sculpture compositions, “Munkeytown” and “The Secret Lives of Parasites” are two among the many of his latest projects presently emerging into the art world.